Casting call for ‘Children of Avonlea’ at The 2022 Charlottetown Festival

Auditions will be held April 10 – 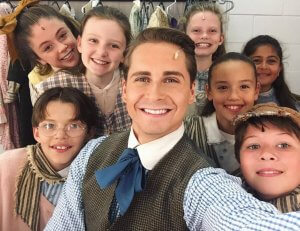 March 9, 2022 – As Confederation Centre of the Arts prepares to bring Anne of Green Gables – The Musical™ back to the mainstage, the show’s director invites Island children to audition for the production.

Known as the ‘Children of Avonlea’, this chorus of youths spends the summer performing alongside the professional artists hired for The Charlottetown Festival. “It is a great opportunity for budding young artists to gain experience in a big production,” says Adam Brazier, the Centre’s artistic director of performing arts, who is directing the show. “We always strive for this to be a positive experience that inspires the Island’s next generation of performers.”

The Festival is looking for mature, talented, and responsible youth between the ages of 8 – 14. Candidates should be able to sing well both solo and in a group, and ideally have some training and/or experience in movement, acrobatics, and/or step dance. There is also a need for one or two children who can play the fiddle.

Auditions will be held the afternoon of Sunday, April 10 at the Centre and are by appointment only. To book an audition time, please contact Rosie Shaw at rshaw@confederationcentre.com.