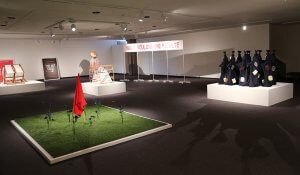 Leah Modigliani’s latest body of work is inspired by historical moments of protest. Captured in photographs that have come to stand for political resistance in general, the streets of Paris, Chicago and Berkeley in the 1960s, among so many examples, are well known models for the occupation of space that always accompanies such events. From the weighted symbolism of the takeover of Tiananmen Square, to the Arab Spring and Occupy movements of recent years, protest has been grounded and defined in relation to images that preserve as well as inspire the work of activists. They have also stood for political resistance, and as circulating representations they have been used and distributed. Inevitably they have also distorted the events they picture, sometimes reducing them to the level of the commodity, to an easily acquired and consumed surrogate for political action.

The works in this exhibition are based on such images, and in each case Modigliani has made a restorative move that critiques the power of the photographic image of history whose political efficacy remains an open question. Each element in the artist’s series zeroes in on the made things that mark out the space of protest, and around which the human action crystallized. In an effort to revisit the material reality of historical events, Modigliani has recreated the objects that played a central role in the iconic pictures, painstakingly remaking them in materials as close to the original as possible. But even as the artist pays tribute to the labour of organizing and building a movement, she is aware of the limitations of representing it. Each sculpture is made to a subjective scale, slightly smaller or larger than its model, explicitly a stand-in, a representation, participating in the distortion of the past. Photographs of books published in the 1970s complement the sculptures on display by providing a different image of politics as formalized through academic theory-making. Discrete objects in the ostensibly neutral museum space, Modigliani’s works fetishize the past without pretending they are continuous with it. They ask us how making symbols of revolution can or cannot bring the work of historical activists into the present. 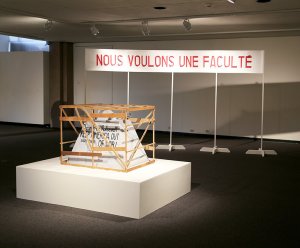 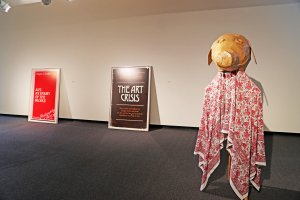