Prior to the performance, PEISO Vice President Will Hobbs will host a casual discussion with the show’s featured guests at 1:30 pm in Confederation Centre’s Studio 1. All concertgoers are invited to attend this free event to learn more about the artists and musical programme. Proof of vaccination must be shown upon arrival.

Daniel Bartholomew-Poyser earned his Bachelors in Music Performance and Education from the University of Calgary, and received his Master of Philosophy in Performance from the Royal Northern College of Music in Manchester, England. He was awarded the Canada Council for the Arts Jean-Marie Beaudet Prize for Orchestral Conducting, and served as Assistant Conductor of the Kitchener-Waterloo Symphony and Associate Conductor of the Thunder Bay Symphony Orchestra. Daniel has performed with the San Francisco Symphony, the Toronto Symphony, Vancouver Symphony, Calgary Philharmonic, Hamilton Philharmonic, Edmonton Symphony Orchestra, Chicago Philharmonic, Eastern Sierra Symphony, and others. He performs regularly with Canada’s National Arts Centre Orchestra and was cover conductor with the Washington National Opera at the Kennedy Centre in 2020. Daniel is currently the San Francisco Symphony Resident Conductor of Engagement and Education, the Artist in Residence and Community Ambassador at Symphony Nova Scotia, and the Barrett Principal Education Conductor and Community Ambassador of the Toronto Symphony Orchestra. He is the host of the CBC radio show CentreStage with Daniel Bartholomew-Poyser.

A graduate of UPEI’s Bachelor of Music program, Justin Amador is a hornist, singer, and songwriter based in Halifax. Born in the Philippines and raised in Charlottetown, he quickly became immersed in the music culture of the Island. In 2016, Justin competed in the Kiwanis Music Festival, and went on to represent PEI at the National Music Festival of Canada and perform at the Indian River Festival. In 2019, he competed again in the Kiwanis Music Festival and received the Suzanne Brenton Award and the invitation to perform a concerto with the PEI Symphony, as well as being selected again to represent PEI at the national festival. With experience in classical, contemporary, and popular music, Justin has performed with a variety of ensembles, including the PEI Symphony Orchestra, Confederation Brass, Charlottetown Jazz Ensemble, and UPEI Wind Ensemble. He has sung with the Luminos Ensemble, UPEI Concert Choir, UPEI Chamber Singers, East Coast Carolling, and the vocal group A Tempo.

Events are currently operating at 50% capacity. Patrons may be seated beside people outside of their party but can request to move to an available alternative seat prior to the performance.

Masks are required at all times but can be removed while actively eating or drinking.

As of Monday, February 28, proof of vaccination is not required at events. 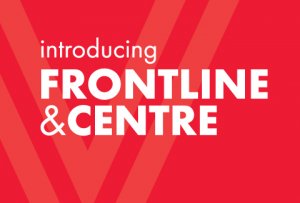 This winter we pay tribute to frontline workers, who despite the incredible risk, have kept our province running through the pandemic. To honour them, Confederation Centre of the Arts will set aside a number of complimentary seats for each performance during LIVE @ the Centre season.

Click here to learn more and Enter the Draw!