Fans of the Island indie-folk trio The East Pointers will have to wait a little longer to enjoy the acclaimed group at Confederation Centre of the Arts (CCOA). Due to the recent public health measures, the Centre is required to postpone the December 30 and 31 concerts to new dates in 2021.

Presented by Sobeys LIVE @ the Centre and performance sponsor KKP, the new dates are Friday, March 12 and Saturday, March 13 at 8 p.m. These dates coincide with the kick off to March Break and patrons are invited to plan ahead and celebrate mid-winter break with a night out at the Mainstage Theatre, the crown jewel venue of P.E.I.

“We are thrilled that The East Pointers are available for these new dates and we invite our patrons to hold on to that New Year’s Eve excitement and join us to celebrate, safely, at the start of March Break,” says Darcy Campbell, director of LIVE @ the Centre. “This Island band is a must-see and the energy is always electric when they play a hometown concert with us.” 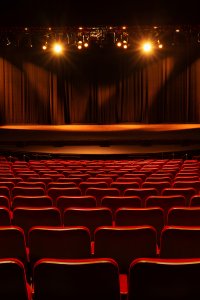 Patrons also have other options with their previously booked tickets: the value can be retained for future credit on a CCOA account; the ticket value can be donated to the Centre (a registered charity organization; or a refund can be issued in full.

Concert tickets always make a wonderful Christmas present, and patrons can connect with the box office at confederationcentre.com or at 902.566.1267. Concert patrons will be sent a video explaining all social distancing and masking guidelines for the Sobeys LIVE @ the Centre concert.

With Billboard-worthy pop hooks, deep acoustic grooves, trance-like breakdowns, and three-part harmonies, Tim Chaisson, Koady Chaisson, and Jake Charron capture the furious energy of their live shows and push the boundaries of folk while lighting a new path for a new generation of music lovers. The music trailblazers have performed more than 500 live shows world-wide in the past five years, but nothing beats an Island crowd on the weekend.

Appreciation is extended to the Department of Canadian Heritage, the Province of Prince Edward Island, the City of Charlottetown, and the Special Events Reserve Fund.