The 2019 Charlottetown Festival launching 50% off sale, November 17 to December 1

(Charlottetown, P.E.I.) – Artistic Director Adam Brazier, on behalf of Confederation Centre of the Arts, has announced select casting for The 2019 Charlottetown Festival. Sponsored by CIBC, the Festival includes six productions and runs June 28 to September 28.

Rebecca Poff and Katie Kerr will star as mother and daughter Donna and Sophie in Mamma Mia!, 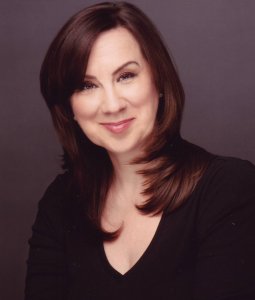 a co-production with the Grand Theatre in London, playing in the Homburg Theatre August 9 to September 27. Poff turned heads in the Festival’s 2018 concert performance of The House of Martin Guerre and also appeared in Jesus Christ Superstar and Anne of Green Gables—The Musical™. A native of Sudbury, Ontario, Poff has performed throughout the continent, including in the Canadian National Tour of The Phantom of the Opera and the U.S. National/Broadway tours of Show Boat.

Kerr returns to the Greek Islands of Mamma Mia!, having previously starred as Sophie in the blockbuster 2016 production in Charlottetown, as well as with two other theatres. Kerr’s other credits consist of multiple roles in Anne of Green Gables—The Musical™, including the title role from 2013-14, and in the world premiere of Evangeline. “Sophie is really the driving force in Mamma Mia!” says Brazier, who will once again direct the musical. “It’s no wonder Katie has since played the role across Canada; she is a tour de force as Sophie.”

The Festival’s new production of Kronborg—The Hamlet Rock Musical runs June 28 until July 20 in the Homburg Theatre. Directed by the Festival’s associate artistic director, Mary Francis Moore, the powerhouse rock musical is an electric experience, following Hamlet’s quest for vengeance upon his uncle Claudius for killing his father. Aaron Hastelow stars as Hamlet and will also appear in Mamma Mia! as Sophie’s beau, Skye. 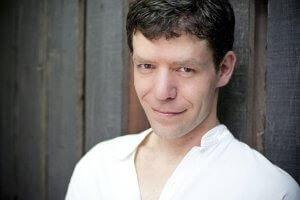 Claudius, King of Denmark. MacDuffee recently appeared as a scene-stealing King Herod in the Festival’s Jesus Christ Superstar, and has performed across Canada, including four seasons at Shaw Festival. His Charlottetown highlights include turns in Evangeline, Ring of Fire, and On the Road with Dutch Mason. He will also reprise his role as Harry in Mamma Mia! at the 2019 Festival.

Making her mainstage debut in Kronborg—The Hamlet Rock Musical will be Kimberly-Ann Truong as Ophelia. Truong hails from Prince Rupert, B.C. and was previously part of the Confederation Centre Young Company in Les Feux Follets. She has appeared in productions of Les Misérables, West Side Story, and A Chorus Line. Last year, she made her Broadway debut in the celebrated revival of Miss Saigon. “It is thrilling to have Kimberly-Ann back at The Charlottetown Festival,“ remarks Brazier. ”She has an extraordinary voice and an undeniable presence onstage.” 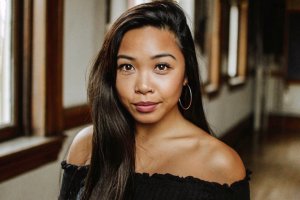 The other big news is that the Festival is once again offering a ‘50% Off Sale’ ticket sale for the 2019 Festival. This sale is a favourite for Islanders searching for tickets every summer and is on sale for a limited time only. From November 17 to December 1 these can be purchased at the Centre box office, online, or by phone at 1 (902) 566-1267 or 1 (800) 565-0278. This sale is available for Founders’ Circle members as of November 16.

Additional casting, including a new leading star for Anne of Green Gables—The Musical™ and a new Gilbert, will be announced in the months ahead.