“To be or not to be” is the most famous question in all of drama. And it is around this central question that the history of Kronborg–The Hamlet Rock Musical hangs upon.

And like Hamlet returning to Denmark, this celebrated Canadian musical is returning to The Charlottetown Festival, 45 years since it was first produced here. Sponsored by SYSCO Food Services the production runs June 28 to July 20—just 15 nights—in the Homburg Theatre at Confederation Centre of the Arts. Preview performances are slated for June 21 and June 27.

Cliff Jones, the musical’s creator, is excited to see the show take on a new life. “This talented company and this theatre will be incredible for Kronborg,” he muses, “and I’ve also gotten the chance to tweak little things that have nagged me for years.”

The electrifying rock production has been revived by Director Mary Francis Moore and Music Director Craig Fair, as well as the talented Festival cast, crew, and orchestra. But it was a winding road back to Charlottetown and the world-renowned Festival.

First commissioned as a CBC radio play in 1973 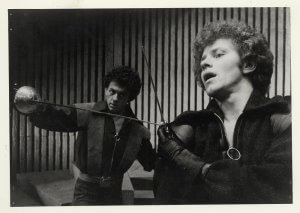 , the original title was Kronborg: 1582, named for the Danish castle and year Shakespeare’s original revenge tragedy takes place. Jones’ inspiration came from when he first heard the Jesus Christ  Superstar soundtrack, which married anthemic rock music with rich storytelling. It is a curious symmetry that the Kronborg remount follows last summer’s Superstar as the next “big Festival show” here on the Centre mainstage. Both productions also star Island son, Aaron Hastelow.

After the original radio production in 1973, the play moved to the stage at Confederation Centre. Its first staging at the Festival in 1974 was an absolute hit leading to an eastern Canadian tour with Brent Carver as Hamlet and Beverly D’Angelo as Ophelia. In the following years Jones and other directors would tackle this production through diverse variations. These included a month-long Broadway engagement as Rockabye Hamlet (1976), and a 14-month run in L.A. in the early ‘80s as Something’s Rockin in Denmark.

Then, the play was put to rest.

It wasn’t until years later when Jones crossed paths with Adam Brazier—the Centre’s artistic director—that Kronborg was given a new lease on life and was turned into a concert performance at the Historic St. Mary’s Church in Indian River, P.E.I. in 2017. Jones came back to Charlottetown while recovering from a serious health scare with Legionnaire’s disease. “The disease had quickly destroyed me,” he recalls, “I was delirious, could hardly recognize my daughters, was lethargic, and battling depression.” 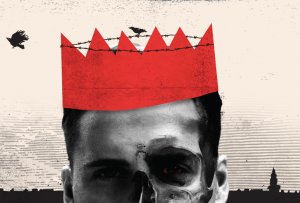 When the Kronborg writer came in for rehearsals it gave him a new purpose. “I saw what they were doing with this incredible company and with Craig Fair’s new arrangements and musical direction. It made my life worth living again; it renewed me.”

For Jones, he pondered, “Can it get any better than this?” It turns out it certainly can. The new show is set to run for 15 nights this summer on the main stage.

When asked what endures about Kronborg all these years later, the writer offers “It’s always carried a special combination of being a fun, entertaining experience but also being faithful to Shakespeare’s story—to thine own self be true.”

New life for the writer and his storied musical awaits at this year’s Festival.

The full artistic team for Kronborg: The Hamlet Rock Musical is listed online.

(2) The Charlottetown Festival company performing at Historic Indian River Church on P.E.I. during the concert performance of Kronborg: 1582 (In Concert).

The fully realized 2019 production is an electrifying experience following Hamlet’s quest for vengeance upon his uncle Claudius. Set in Kronborg Castle in Denmark, Kronborg–The Hamlet Rock Musical revolves around the revenge Prince Hamlet is called to wreak upon his uncle by the ghost of his father, King Hamlet. Claudius had murdered his own brother and seized the throne, also marrying his deceased brother’s widow. Based on the Shakespearean tragedy Hamlet, this powerhouse musical rocked the rafters in 2017 selling out a concert presentation at the Historic St. Mary’s Church in Indian River, P.E.I. and later packing the Homburg Theatre.