Island-born Jenn Grant marches into The Mack this month  to perform with the LIVE @ the Centre!’s Songwriters Series. On March 15, experience a new sound from the acclaimed singer with music that explores both the epic and intimate.

Jenn Grant had international success with her album Compostela, and spent three years touring across the world, in both festivals and concerts. After this stint that she retreated to her studio in Lake Echo, Nova Scotia to write her newest album, Paradise. Its songs reach out with world-weary awareness, combining elements of balladry, R&B, and electronic music. 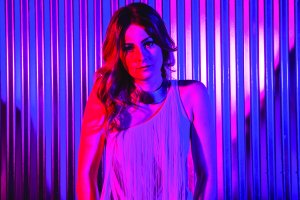 “I wanted to explore new soundscapes,” Grant explains when describing how piano came to be the primary song-writing instrument on this album. “I thought about my singing much more. I feel like I am a completely different artist from when I began performing. I don’t feel like I really heard my own voice until recently.”

Grant has been described as one of the “best singers in the world” by her ongoing collaborator, Buck 65 (CA), and her songwriting as the “work of a painter born in paradise” by the Sydney Morning Herald (AU).

Grant comes to the Mack on March 15 at 7:30 p.m Special thanks are extended to Songwriters’ Series production sponsor Century 21 Colonial Realty Inc. and Sobeys, the title sponsor for LIVE @ the Centre!