‘A Season of Homecoming’

Last major ticket sale of 2019 on offer for any show, any date of summer festival

With recent glacial temperatures driving many to dream of Island summer, Confederation Centre is rolling out a sale to give Islanders their first chance to plan some exciting summer activities. With ‘the Islander Day Sale’, the Centre is offering a can’t-miss deal: 30% off tickets for any show, any date of The 2019 Charlottetown Festival.

This promo runs from Saturday, February 16 through Monday, February 18, and applies to all Festival performances at both the Mack and the Homburg Theatre. Patrons can access the sale by contacting the box office online, via phone at 902.566.1267, or in person, using promo code ‘ISLANDER.’ This is the last Festival-wide ticket promo for 2019.

Sponsored by CIBC, The Charlottetown Festival is the largest theatre festival in Atlantic Canada, and is staging a playbill of five shows celebrating homecoming. Come join us for a spell–have we got a story for you! 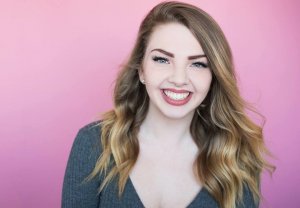 Included are all performances of Anne of Green Gables—The Musical™, sponsored by CAA. The enduring story of an orphan girl who came from away and changed the Island forever has touched the lives of millions at the Centre. Running runs June 29 to September 28, the heartfelt and hilarious musical will be carried by newcomer Emma Rudy as “Anne with an E”. 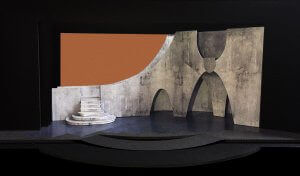 Over at the Mack, July 20 through September 28, Spinning Yarns: Tales and Tunes from a Homesick Newfoundlander will shine a light on ‘the Rock’ in the early ‘80s: a world of boisterous adventures and dubious childcare! Presented by Key Murray Law, this hilarious evening stars Newfoundlander, Stephen  Guy-McGrath (Evangeline, Million Dollar Quartet) with Brendan Wall (Spoon River, Jesus Christ Superstar).

The Festival also welcomes Tara MacLean’s Maritime love-letter, Atlantic Blue this summer. Sponsored by Honibe, this celebration of East Coast songwriters will play from August 2 to September 28. MacLean explores the place and people behind classic songs like ‘Sonny’s Dream’, ‘Put Your Hand in the Hand’, ‘Fare Thee Well Love’, and more. Backed by the addition of more than a dozen members of the Festival company and orchestra, this new production will make every Atlantic Canadian proud. 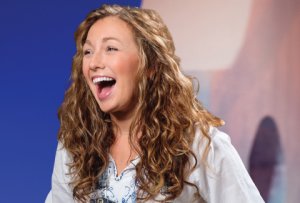 Back by popular demand, is Mamma Mia! A mother, a daughter, three possible dads; and a trip down the aisle you’ll never forget! Sponsored by Tim Hortons, this blockbuster musical will shake the house with all the ABBA jams from August 9 to September 28.

SALE: The ISLANDER DAY SALE runs from February 16 to 18 on all 2019 Festival performances. This promo applies to Tier 2 & 3 seats in the Homburg Theatre and Tier 1 for The Mack. Not valid with any other offer or promotion. Please note, ticket sales on February 18 will only be available via the website.

Photo cutline: (1) Award-winning PEI Songwriter Tara MacLean will perform in Atlantic Blue at the Mack this summer (Heather Ogg photo). (2) ) A maquette by Brian Smith of one of the sets for this summer’s forthcoming production, Kronborg—The Hamlet Rock Musical.