(Charlottetown, P.E.I.) – It’s a provincial holiday on P.E.I. today and to celebrate, Confederation Centre of the Arts is offering a special ‘Islander Day’ sale for Charlottetown Festival tickets. Artistic Director Adam Brazier has also announced the casting of four of the lead roles in Anne of Green Gables—The Musical™.

The Islander Day sale is for two days only, February 17 and 18, and offers ‘Islander pricing’ on the two mainstage productions, Anne of Green Gables-The Musical™ and The Drowsy Chaperone! Patrons can use promo code ‘Islander35’ to get 35% off tickets for the two productions at the 2020 Festival. The code can be used by phone at 1-800.565-0278, online, or in person at the box office. 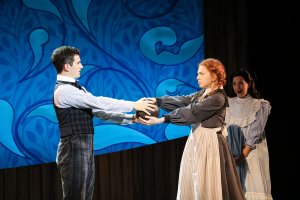 ier this winter, Emma Rudy was announced as returning to the title role in Anne™ and now four more leads have been revealed. Returning as Anne’s academic rival and would-be beau, Gilbert Blythe, is Connor Lucas. Anne’s guardians, Matthew and Marilla Cuthbert, will be played by Laurie Murdoch and Marlane O’Brien, and joining as kindred spirit Diana Barry is Quinn Dooley.

The pride of Comox Valley, B.C., Lucas will also perform this season in the hilarious Jazz-age musical, The Drowsy Chaperone as loyal best man George. He returns to the Festival following roles in A Misfortune, Stories from the Red Dirt Road, and the Young Company, and recently starred as the title character in the acclaimed Pinocchio (Young People’s Theatre).

Lucas is grateful to share the stage with Emma Rudy once again. “To me, Anne Shirley’s spirit is one bursting with fiery passion, but also gentle kindness, and above all, boundless imagination,” he shares. “Emma encompasses all those traits and dives into the role with a fervour befitting Anne herself!”

ey last appeared at the Festival in 2015 in the critically-acclaimed remount of Evangeline. She recently performed in Ring of Fire with the Citadel Theatre, Once with The Grand and RMTC, and Mamma Mia! for the Capitol Theatre.

“I am so excited to be back on the Island working with the wonderful cast and creative team of Anne,” remarks the Edmonton native. “I’ve always wanted to play Diana and I am thrilled to have the opportunity to bring her to life for Festival audiences this summer.”

Playing Matthew Cuthbert is celebrated screen and stage actor, Laurie Murdoch. Originally from Whalley, B.C., Murdoch played the conflicted Colonel Winslow in Evangeline and was part of the Dora-winning cast of Once with Mirvish. He has appeared on screen in th 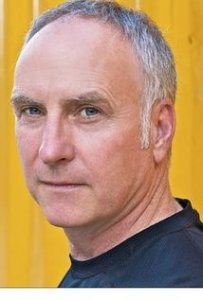 P.E.I.’s own Marlane O’Brien returns to Anne of Green Gables-The Musical™ as Marilla, having memorably played the role on an emergency basis in 2019, and has played Marilla, Rachel Lynde, Lucilla, and other ladies of Avonlea to date. A long-time Festival favourite, O’Brien is known for her turns in A Closer Walk with Patsy Cline and her play, Stories From the Red Dirt Road (Charlottetown); and Calendar Girls and Annie with Neptune, among others.

The title sponsor of The Charlottetown Festival is CIBC. Sponsored by CAA