Tickets are ‘flying on their own’ for this summer’s new cabaret production, Dear Rita, playing June 25 to September 25 at The Charlottetown Festival. Sponsored by Key Murray Law, Dear Rita is a musical toast to Canadian icon and songwriter Rita MacNeil that celebrates the life, tenacity, and musical legacy of the late singer.

This week, the company and creative team are gathering together for the first time to workshop the new musical. Artistic Director Adam Brazier is pleased to reveal the full cast, including Islanders Mike Ross and Michelle Bouey; Alana Bridgewater; Quinn Dooley; and Sheldon Elter. All five are veterans of the Festival, known to patrons for a wealth of beloved shows. 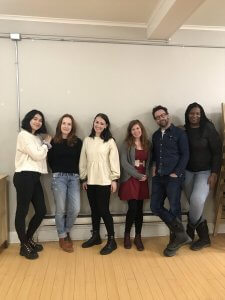 rector Mary Francis Moore will direct Dear Rita, penned by Cape Breton’s own Lindsay Kyte, with music direction from Ross. A sixth cast member will be announced at a later date along with additional musicians.

This marks Ross’ first time performing at the Festival in over a decade. A Charlottetown native, he is a leading force as a performer and composer in Canada. The founding director of music at Soulpepper Theatre Company, his musical, Spoon River was a critic’s pick in the New York Times. He was an international fellow at Shakespeare’s Globe Theatre in London and also composes for the screen, having written the theme song for CBC’s Kim’s Convenience.

ey and Bouey’s repertory casting were both announced earlier this winter. Dooley recently appeared in the Citadel’s Ring of Fire and performed in 2015’s Evangeline. Bouey recently performed in ROSE at Soulpepper and is an alumna of the TD Confederation Centre Young Company.

For Bouey’s part she is thrilled to appear in the intimate Mack cabaret space.“It’s the kind of theatre that gives you more of a chance to connect with your audience,” she offers during a break from the workshop in Toronto. “I grew up listening to Rita McNeil and watching her Christmas TV specials. To think that a small group of us get to honour her legacy on East Coast soil is so special”

Sheldon Elter is a versatile actor, writer, musician, and comic, known nationally for his one man show, Metis Mutt, which he performed at the Festival in 2018. He also performed there in Evangeline and Stories from the Red-Dirt Road. His TV acting and writing credits include CAUTION: May Contain Nuts, Hank Williams’ First Nation, Delmer & Marta, and Hell on Wheels.

Alana Bridgewater has appeared at the Festival in Spoon River, Hairspray, and the Christmas panto Robyn Hood. An experienced professional, she has performed throughout North America with Soulpepper, Mirvish, and The Grand; live on live with Johnny Reid and others; and in TV and film.

Dear Rita is developed in association with the Savoy Theatre in Cape Breton, and will play there from October 1-4, following its run on P.E.I.