Connor Lucas will return to The Charlottetown Festival this summer, making his debut as Anne’s academic rival and would-be beau, ‘Gilbert Blythe’. Lucas and his ‘Anne Shirley’ counterpart, Emma Rudy will also both appear in the Festival’s productions of Kronborg—The Hamlet Rock Musical and Mamma Mia! this summer.

Hailing from Comox Valley B.C. Lucas first debuted at the Festival as part of the TD Confederation Centre Young Company. In 2017 he made the jump to the mainstage as ‘Moody’ in Anne™ as well as originating the role of ‘Ivan’ in the world premiere of A Misfortune at The Mack.

For his part, the Sheridan College grad can’t wait to return to P.E.I. “Having the opportunity to play Gilbert has been a dream of mine ever since first performing in the Young Company five years ago. I am so grateful to now have the chance to explore the role as part of such a fabulous company, in a terrific show, on a beautiful Island.”

Also returning to Avonlea under Brazier’s direction will be Shawn Wright and Susan Henley, who drew accolades last summer for their portrayals of Anne’s guardians, ‘Matthew and Marilla Cuthbert’. Wright also turned heads with the 2018 Festival staging of his award-winning one-man show Ghost Light. For her part, Henley will carry leading roles on opposite ends of the theatre spectrum, returning for her third season as Marilla, and also taking it up the octave as ‘Rosie’ in Mamma Mia!

Sponsored by CAA, Anne™ previews in the Homburg Theatre on June 24 and 25, opening June 29 and playing through September 28, 2019. With a company of 28 amazing Canadian talents and a 14-member live orchestra, this treasured Canadian musical is a humorous, touching, and truly athletic experience that will inspire and mesmerize patrons of all ages with both graceful and exhilarating song and dance. 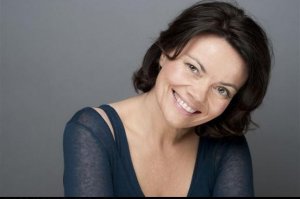 Photos: Returning to The Charlottetown Festival to perform in the 55th edition of Anne of Green Gables—The Musical™ this summer are: Connor Lucas, Susan Henley, and Shawn Wright (submitted).