The Drowsy Chaperone brings major musical comedy to the Homburg; Dear Rita to make world premiere at The Mack; Anne™ returns for season 56

An uproarious homage to Jazz Age musicals. A fiery redhead. An icon of East Coast anthems. A madcap comedy about being out in rural Canada. Have we got a story for you!

“THE FUNNIEST MUSICAL OF THE PAST 25 YEARS”

“For many years, I’ve been itching to do a large scale musical comedy—a show that not only has

great music but also some brilliant tap dancing and hilarious comedic characters,” offers Brazier. “The Drowsy Chaperone is exactly that show. I believe this is the funniest musical written in the past 25 years and it just so happens to be Canadian. This production will leave our audience happy, giddy, and sore from laughter.”

The five-time Tony Award-winning musical comedy follows the tale of a glamourous celebrity bride and her impending wedding. Hailed as “the perfect Broadway musical” this clever parody will sweep audiences away with show-stopping song and dance numbers. The cast is complete with a tap-dancing groom, bumbling best man, wise-cracking butler, desperate producer, misguided Don Juan, two goofy gangsters in disguise, and a tipsy chaperone! The Drowsy Chaperone plays the Homburg Theatre June 30 to September 26, 2020.

NEXT DOOR, AT THE MACK 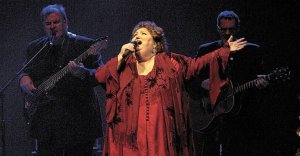 ting the life and songs of the Maritimes’ most beloved singer-songwriter, Rita MacNeil. Developed closely with the family of the late singer herself, Dear Rita is a musical love-letter to a true fixture of Canadian culture, a soft-spoken and passionate performer whose songs were international hits, inspiring people around the world.

Woven around a script from the Island’s own Mike Ross and Lindsay Kyte, this cabaret musical will feature a cast of five and play June 25 through September 25 in the cabaret theatre. “Rita MacNeil’s contribution to Atlantic Canada is immeasurable. Her songs have inspired generations of Canadians and we are excited to share stories of her life and the iconic music she created,” says Brazier.

Also playing at The Mack from July 11 through September 26 is a heartwarming new Canadian comedy, Bed & Breakfast, dubbed “a doozy worth of Fawlty Towers” by the Toronto Star.

“This is a hilarious show that offers two tour-de-force performances,” explains Brazier. “Two actors play an entire rural community, switching from character to character at a break-neck speed.”

With more than a few unexpected and hilarious plot-twists, we follow big city boys Brett and Drew over the course of one year as they endeavour to run a rural B & B. We see them struggle from renovation hell to their farcical opening weekend, and encounters with small-town prejudice—all the way to their big decision: do they stay here or do they pack it all in? “This charming and heartfelt comedy is a perfect fit for our island,” adds Brazier, “it’s funny, relatable, topical, and very entertaining.” 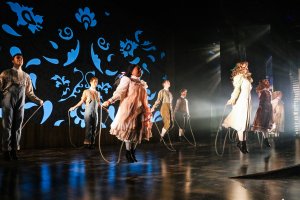 season next summer, a testament to enduring story of an orphan girl who came from away and changed the Island forever. Sponsored by CAA, Anne™ returns to Confederation Centre a bit earlier than usual next year, beginning previews on June 3, and showing through September 26.

The full-scale classic is a humorous, touching, and truly athletic musical that will inspire your imagination, tickle your funny bone, and mesmerize you with both graceful and exhilarating singing and dancing. New set and costume designs will be added in 2020, completing a three-year reimagining of the production led by designer Cory Sincennes. Sponsored by CAA, Anne™ returns to Confederation Centre a bit earlier than usual next year, beginning previews on June 3, and showing through September 26.

Further announcements will be made in the months ahead regarding casting, as well as a new 2020 production for the Confederation Centre Young Company.

Photos: 1-The Drowsy Chaperone; 2-Rita MacNeil performing in 2009 In British Columbia; 3-the cast of Anne of Green Gables—The Musical™ at The 2019 Charlottetown Festival (Julia Cook).