Confederation Centre of the Arts announced today that the 2019 Symons Medal Lecture is entitled Confederation: We Could Have Done Better. The 2019 Symons Medal Presentation and the delivery of the Symons Lecture will take place in the Homburg Theatre at 12:30 p.m. on November 1 and will also be livestreamed on the Centre’s YouTube channel. 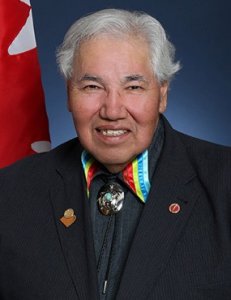 Lecture tickets for Confederation: We Could Have Done Better will be available for the general public as of 10 a.m. on Thursday, October 17. There is no cost to attend the ceremony, but patrons must have a ticket in hand to enter and quantities are limited. Patrons can contact the box office online, via phone at 902.566.1267, or in person at the Centre.

Senator Murray Sinclair served the justice system in Manitoba for over 25 years and was the second Indigenous Judge to be appointed in Canada and the first Indigenous Judge in Manitoba. He also served as Co-Chair of the Aboriginal Justice Inquiry in Manitoba and as Chief Commissioner of the Truth and Reconciliation Commission (TRC) in Canada. In that role he participated in hundreds of hearings across the country, culminating in the issuance of the TRC’s report in 2015. He then oversaw an active multi-million-dollar fundraising program to support various TRC events and activities, and to allow survivors to travel to attend TRC events.

The Symons Medal is presented annually at Confederation Centre of the Arts in honour of the first meetings of the Fathers of Confederation, who gathered for the Charlottetown Conference in the fall of 1864. Since 2004, the Centre has honoured 18 distinguished Symons Medallists. Read more here. 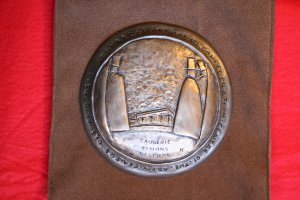 t the Symons Medal: The Symons Medal was designed by Dora de Pedery-Hunt, CM, OOnt (1913 – 2008). The famed Canadian sculptor was inspired by the Jean Paul Lemieux 1964 painting Charlottetown Revisited, which is held in the Confederation Centre Art Gallery permanent collection.