A ghostly visitor with a secret; a son devastated by loss; a deadly sword duel – and the most famous question in all of drama (“To be or not to be…”).

These are just some of the reasons why Shakespeare’s iconic tragedy turned musical will hold you spellbound in the Homburg Theatre. Add in a thrilling rock opera score, a full orchestra, and a cast of 28 stellar Canadian actors, and you have all the makings of an intoxicating musical experience.

“This is a ghost story, a story of family, power, revenge, and sacrifice,” says Adam Brazier, artistic director of Confederation Centre. “As the great actor and director Lawrence Olivier said; it is the story of a man who cannot make up his mind.” 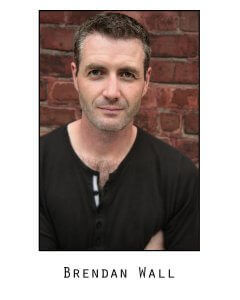 Opening June 21 at Confederation Centre of the Arts, the musical is sponsored by SYSCO Food Services. Playing until July 20, Kronborg returns to The Charlottetown Festival, 45 years after first mesmerizing theatre-goers in 1973-74.

The musical was a breakthrough for Confederation Centre and the country, becoming the first Canadian musical to play on Broadway in 1975. Originally written and conceived by Cliff Jones, the 2019 production promises to entrance a whole new generation of theatre-lovers. This re-envisioned production is directed by Mary Francis Moore with music direction from Craig Fair.

“Craig, Cliff, and I recognize the significance the piece plays, not only in the history of the Festival, but also in the history of new musicals in Canada,” offers Moore, who has been working with her artistic team to redevelop the musical for two years.

“This new production has been full 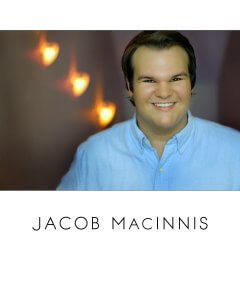 y re-orchestrated and re-arranged musically—new life breathed into a Canadian classic,” she continues. “The inspiration for these changes all come from the beautiful lyrics and melodies Cliff wrote 45 years ago.”

Moore and Brazier are thrilled to now reveal complete casting for the epic musical. Starring Aaron Hastelow as Hamlet, the production includes:

-Alanna Hibbert as Gertrude, Brendan Wall as the Ghost King,

-Gray Monczka as Laertes, Michael Torontow as Polonius, and Nicola-Dawn Brook as Honeybelle.

See the complete cast and creative team listing in addendum. Confederation Centre wishes to acknowledge the Department of Canadian Heritage, the Government of P.E.I., and the City of Charlottetown for their continued support.