Led Zeppelin 1: The Album that Started it All

On Friday, November 16 Classic Albums Live (CAL) hits the Homburg Theatre as part of Sobeys LIVE @ the Centre. The perennial Centre favourites will perform Led Zeppelin’s eponymous break-out album, Led Zeppelin 1 from front to back, as well as a set of greatest hits.

CAL is famous across Canada for its hyper-detailed recitals of essential rock albums. The Toronto group assembles skilled musicians to recreate the greatest albums of the ’60s and ’70s note for note, and track for track. The concerts are delivered as a pop symphony; don’t look for costumes and look-alike theatrics at these ‘rock recitals’, just pure musicianship and songs that shaped a generation. 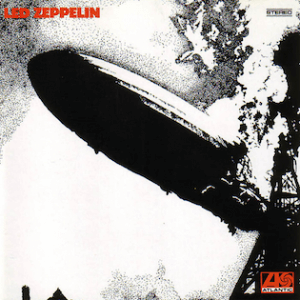 Released in 1969, Led Zeppelin I included contributions from all four band members, including such memorable hits as ‘Communication Breakdown’, ‘Dazed and Confused’, ‘You Shook Me’, and ‘Black Mountain Side’. Although the album was not critically well-received when first released, critics have since come to view it in a hallowed light. Ranked number-29 on Rolling Stone’s 500 greatest albums, the debut established Zeppelin’s rock and blues fusion. Their take on the emerging hard rock sound was immediately commercially successful in both the U.K. and U.S.

In a recent review for P.E.I.’s The Buzz, writer David Malahoff described CAL as “like rock and roll church.” The congregation gathered at the Centre and “the ceremony was the Classic Albums Live performance…”

He went on to describe that “it’s all about the music, and duplicating it. If the original recording had a bongo, bell or belch of feedback, then its been noted, charted and included in the live performance…this was serious and studious attention to detail.”

For more details, visit confederationcentre.com. Tickets for this performance sponsored by Andy Lambe & Associates, can be purchased at the Centre box office, or online.

Special thanks are extended to the Department of Canadian Heritage, the Province of Prince Edward Island, and the City of Charlottetown, as well to media sponsors Ocean 100, Hot 105.5, and The Guardian.