Confederation Centre of the Arts is looking beyond its walls for its next act. Under the banner of CIBC Confed Centre Presents, the Centre will soon deliver Postcards from the Island, a weekly online series featuring a rich depth of creative pioneers and local artists in unique locations.

This new 12-part digital series from Director Adam Brazier will launch on Facebook and YouTube Premiere on Thursday, August 6 at 8 p.m. Each 8-10-minute episode will profile a unique Island talent performing and sharing conversation with Brazier, all set within a range of culturally significant venues.

“This series is a love letter to the rest of the country saying: we wish you were here, but since you can’t be, here’s a taste of the Island,” glows Brazier. “We have an opportunity to present something different right now, to get out beyond our centre and share some creative dialogue and moving performances with our patrons at home—wherever that may be.”

Upcoming episodes include the 2020 Mi’kmaq Heritage Actors performing on location in Skmaqn-Port La-Joye-Fort Amherst National Historic site on August 13 and Ashley Condon sharing songs and conversation with Brazier from her Montague-based Copper Bottom Brewing on August 20.

The August 27 episode will include a conversation with Tamara Steele, president of the Black Cultural Society of P.E.I and performers DJ Jane Blaze, Selecta Chevron, Reequal Smith, and Joe Dames. The four will deliver a two-on-two DJ battle and breakdance piece from Historic Rochford Square, a central site within The Bog, where Charlottetown’s Black community lived for many years. 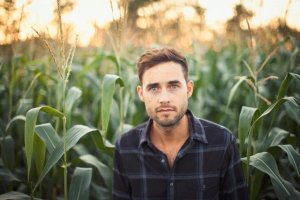 The premiere episode will launch on August 6 and cast the spotlight on the Centre’s own mainstage, the Homburg Theatre, featuring a joyful traditional set from Island mainstays Tim Chaisson and the Chaisson Family. Immediately following the online broadcast, this episode will also include a fan Q+A on Facebook Live with Tim Chaisson and Brazier.

The creative team behind the project includes an all-Island crew, led by Brazier and Director of Photography, Jason Rogerson.  Postcards from the Island will air every Thursday through to October 29, with each of the 12 episodes also archived on the Centre’s YouTube.

Special thanks are extended to program sponsor, CIBC. The Centre is thankful to the Department of Canadian Heritage, the Government of P.E.I., and the City of Charlottetown for their ongoing support.