New exhibitions include work by Wafaa Bilal, Mitchell Wiebe, The Ronald Bloore Conservation Project, and a survey of artwork by 40 Island women

(Charlottetown, P.E.I.) — The Confederation Centre Art Gallery (CCAG) will host an official opening reception for the fall art exhibitions on Saturday, October 27 at 7 p.m. All are welcome for this fun and social gathering to enjoy new works, live music by Fantasy Eye, and conversations with friends and meet some of the featured artists.

The CCAG is pleased to present Who’s Your Mother?, a survey exhibition of art work by women working on P.E.I. since the gallery’s founding in 1964. Selected from the Centre’s permanent collection by co-curators Lisa Theriault and Pan Wendt, the show features over 40 artists and will include several new acquisitions resulting from their research and studio visits. 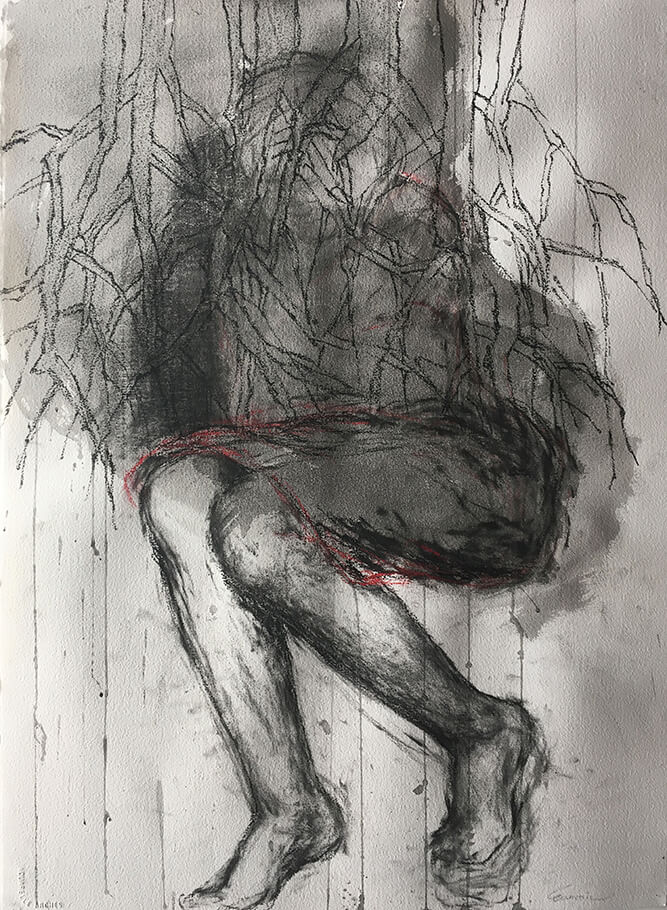 “This show is perhaps overdue,” says Art Gallery Director Kevin Rice, “as the extensive work of women artists has not always been reflected in the collecting practices of public galleries—though we certainly have made improvement in recent decades. We have acquired a significant amount of work by women artists in an effort to better represent P.E.I.’s art scene.”

It is arguable that women have been the most influential artists in the province since the 1970s, when Hilda Woolnough, Elaine Harrison, and Erica Rutherford were instrumental in founding artist-run centres and mentoring younger artists. Woolnough, Harrison, and Rutherford will be well-represented in the show, alongside those from the latest generation of Island women artists, including Sandi Hartling, Monica Lacey, Norma Jean MacLean, and Becka Viau. Who’s Your Mother? opens October 27 and runs until June 1, 2019.

New this month, the CCAG opens VampSites, a new solo exhibition by Mitchell Wiebe. Based in Halifax, Wiebe has been something of a cult artist in Canada for decades. Known for his instantly recognizable paintings of fantastical creatures and warped worlds, he also works in installation art and this new show involves his occupation and response to the Brutalist architecture of Confederation Centre.

“We’re doing something special with Mitchell, actually putting him and his process on display,” explains Curator Pan Wendt. “Not only are we showing a selection of his work, in various states and contexts, including a black light gallery, but the artist will create a giant painting and installation in the public eye. You can actually watch him work, almost as a performance, for the week of October 15 to 19.” 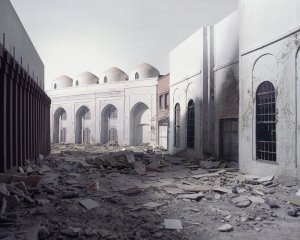 the New York-based artist that speaks to the impact of international politics on individual lives. Included is the installation of an austere library filled with empty white books symbolizing the cultural heritage that was destroyed during a Mongol siege at Bayt al-Hikma, a major academic center during the Islamic Golden Age. This also represents the libraries, archives, and museums that have been systematically decimated by occupying forces in Bilal’s homeland of Iraq. Over the course of the exhibition, visitors may donate books from a wish-list compiled by The College of Fine Arts at the University of Baghdad whose library was looted and destroyed in 2003. Upon the exhibition’s closing, the donated books will be sent to this university to help rebuild their library.

The CCAG is delighted to present a striking series of oversize paintings by Hamilton-based artist Sandra Meigs, entitled The Basement Paintings. The work, inspired by the artist’s process of mourning the passing of her husband, finds resonance and exuberance in the face of tragedy. Described as “the most potent work of Meigs’ career” the exhibition features three expansive paintings from 2012-13 that draw from the artist’s feelings of claustrophobia – they are based on her imagination of a subterranean landscape – as well as a number of smaller, complementary pieces that are derived literally from photographs of a family member’s basement.

The October 27 opening reception will also highlight the exhibitions Objects of the Mind: Chinese Brush and Ink Paintings by Dianyu Zhao continuing until November 11, and The Ronald Bloore Conservation Project, where the public can see conservation treatment being carried out on the large abstract painting until near the end of the exhibition on January 13. 2019. For more details on all exhibitions and visual arts programs at the Centre, visit confederationcentre.com/gallery.