Opening Saturday July 20 and playing through Sept. 28 at The Mack: SPINNING YARNS

This summer The Charlottetown Festival is thrilled to have Spinning Yarns at The Mack. Set in Newfoundland in the early ‘80s, this one-man production brings to life a world of raucous adventures, death-defying escapades, and dubious childcare.

The hilarious evening of story and song is a fictionalized biography written and performed by Festival favourite, Stephen Guy-McGrath (‘Bill’ in Mamma Mia!; ‘Sam Phillips’ in Million Dollar Quartet; ‘René in Evangeline). Sponsored by Key Murray Law/Meritas, the production runs July 20 to September 28 at Confederation Centre of the Arts. Featured are traditional Newfoundland fiddle tunes and well-loved songs such as ‘The St. John’s Waltz’ by Ron Hynes, ‘Wave over Wave’ by Jim Payne (popularized by Great Big Sea), and more. 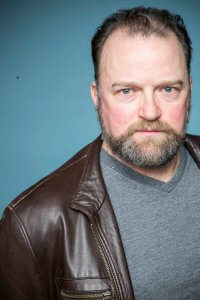 To learn a little more about this production, which Guy-McGrath has presented in multiple other theatres, Centre staff sat down with the author and performer himself for a ‘Q &A’:

Question 1.  What is the origin story for ‘Spinning Yarns’?

Stephen: More than 20 years ago I was getting started in the industry and there were not a lot of opportunities for me, but I had lots of enthusiasm and, frankly, pre-wife and kids time! I started trying to come up with a project for a pal and myself to work on. We threw out tons of ideas and the whole time I was telling her stories about growing up in St. John’s. One day she said, “This is the show!” She was right.

Q2. What is the show about?

It is really a love letter to my family and the world I grew up in. A lot of fun is made with it all, but it’s all done with great affection. Also, small children get stuffed in large appliances…

Q3. How did this production make its way to The Charlottetown Festival?

The festival is always looking for the ‘right’ show for The Mack. It needs to be fun, have music, and be affordable to produce for a small house. (Producers) Adam (Brazier) and Dean (Constable) knew about the show and had seen snippets that I had done in The Maud Whitmore Benefit Concert. They approached me and we talked about it as a possibility; and I think it just fit this year. Tara MacLean’s Atlantic Blue (playing at The Mack August 2 to September 27) is the perfect show to share the stage with. Atlantic Blue is “a lot of song and a little story” and Spinning Yarns is “a lot of story and a little song”. We are good companions!

Q4. What can people expect from your show?

A good time! It’s very informal. I tell these stories to you as if you were sitting at my kitchen table. The bar will be open, the tunes will be rocking, the laughs will be coming. What could go wrong?

Q5. And the final, most important question. Ahem, in the battle of the best island: Newfoundland or P.E.I.?

This is like Sophie’s Choice for East Coasters. All I can say is that I love each island in its own way. It’s like having a second child: your love is not divided between the two, as your capacity to love doubles!

Spinning Yarns opens on Saturday, July 20 at the Mack, with preview shows on July 15 and 16. The production is directed by Adam Brazier and was originally produced by Strange/Momentum Theatre Projects. Tickets can be found online at confederationcentre.com, by calling our Box Office at 1(902)566-1267 or 1(800)565-0278, or by visiting our Box Office.