A new exhibition at the Confederation Centre Art Gallery (CCAG) explores the everyday P.E.I. way of life through extensive documentary photography circa the 1970s.

In the 1970s, as P.E.I. was undergoing rapid change, many Islanders began to be concerned about losing their “Island way of life.” It is not a coincidence that around this time many institutions, such as P.E.I. Museum and Heritage Foundation and others, were created to preserve evidence 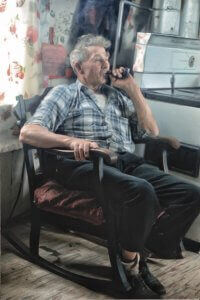 from the past, and to conserve the historic architecture and heritage of the province. Individuals and interest groups were concerned about the effects that tourism, advertising, urban development, and industrialization would have on the peaceful pastoral landscape. Members of the Island agriculture industry and energy sectors held both modernist and anti-modernist ideals and against this setting the back-to-the-land movement demonstrated a renewed interest in renewable energy and a traditional farming lifestyle.

Photographers were commissioned to document everyday life, and were sourced from a critical mass of artists doing documentary projects on P.E.I. at that time. The 1970s remain a peak moment for 35mm photography on the Island. In the 1950s there were amateur photography clubs and commercial photographers. By 1975, many significant photographers were active on the Island, including acclaimed transplanted New Yorker George Zimbel, English documentarian Lawrence McLagan, and former Canadian Photographer of the Year (1966) Lionel Stevenson. 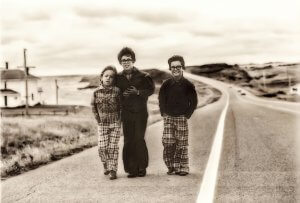 This new exhibition revisits an important 1978 exhibition from the CCAG, Document of Our Times – Prince Edward Island, 1977, which showed a selection of documentary work commissioned as part of a Canada Works project sponsored by the P.E.I. Museum and Heritage Foundation. The idea was that photographers would document, “Life on Prince Edward Island” from May 15 to December 31, 1977. Over 250 rolls of film were shot by Lawrence McLagan, Lionel Stevenson, and Jake Werner, and the 2019 exhibition, A Documentary Impulse, will feature a selection of over 70 images from that project.

Alongside these pictures will be a selection of documentary images by some of the more prominent photographers active in P.E.I. at that time, including Zimbel, Wayne Barrett, and Richard Furlong. A Documentary Impulse: 1970s Photography of Prince Edward Island Life is on display until May 19, 2019.