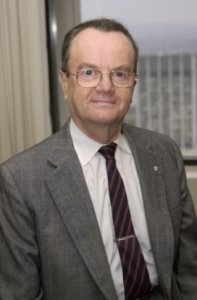 Canada’s Chief Statistician Emeritus, Dr. Ivan P. Fellegi, was chosen to receive the 2011 Symons Medal and give the 9th national Symons Lecture on the State of Canadian Confederation.

“It is an honour to have Dr. Fellegi present this year’s Symons Lecture to share his over 20 years of experience as Chief Statistician of Canada. His insights on the current year’s Census and its importance to our nation will indeed be of great interest to our lecture audience,” said Mr. H. Wayne Hambly, Chairman of the Fathers of Confederation Buildings Trust.

Dr. Ivan P. Fellegi was Chief Statistician of Canada from 1985 to 2008, head of what was ranked by The Economist as the best statistical office in the world. He was chair of the Conference of European Statisticians of the United Nations Economic Commission for Europe from 1993 to 1997. He is Past President of the International Statistical Institute, the International Association of Survey Statisticians, and the Statistical Society of Canada; and past chair of the Board of Governors, Carleton University (1995-97).

Dr. Fellegi’s many awards and accolades include: Officer, Order of Canada; recipient of the Outstanding Achievement Award of the Public Service of Canada; the Order of Merit of the Hungarian Republic; the Career Achievement Award of the Canadian Policy Research Initiative; La Médaille de la ville de Paris; Member of the Hungarian Academy of Sciences; Gold Medal from the Statistical Society of Canada, and the Robert Schuman medal of the European Community.

He has published extensively on statistical methods, on the social and economic applications of statistics and on the successful management of statistical agencies.