The sixth annual Symons Lecture on the State of Canadian Confederation took place at the Confederation Centre of the Arts on October 21, 2008. 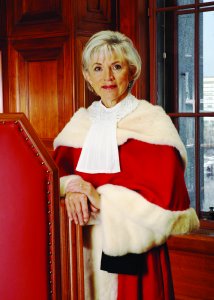 Mr.  Wilson began his career as an archivist at Queen’s University in Kingston, Ontario. His MA thesis was an analytical study of Canadian cultural policy as exemplified through the history of the national archives of Canada. He has served as University Archivist of 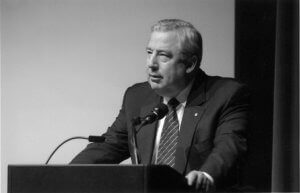 Mr. Wilson’s career spans many areas, including archival and information management, university teaching and government service. He has worked diligently to make archives accessible and interesting to a wide range of audiences. While helping to safeguard the integrity of archival records and library services, he has encouraged public involvement and outreach. He has published extensively on history, archives, heritage and information management and has lectured nationally and internationally.