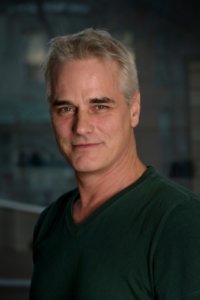 Confederation Centre of the Arts, Canada’s national memorial to the founding of the country, is pleased to announce the awarding of the esteemed Symons Medal to Canadian actor, writer, director, and champion for the arts, Mr. Paul Gross.

Gross will appear in Charlottetown for the Symons Medal Ceremony and Lecture on Monday, November 9 at 12:30 p.m. in the Homburg Theatre. The lecture is a national platform for an eminent Canadian to discuss the current state and future prospects of Confederation. Held each fall to mark the 1864 meetings of the Fathers of Confederation, this dialogue provides Canadians an opportunity to reflect upon their country and its future.

Tickets for this exceptional lecture will be available from the Confederation Centre Box Office on October 13, 10 a.m. There is no cost to attend but a printed ticket is required for admission.

The Symons Medal and Lecture honours Professor Thomas H.B. Symons, a supporter of Confederation Centre for many years and also a Board Governor. Professor Symons, the founding President of Trent University, is widely recognized for his work in the field of Canadian Studies, particularly within public policy, heritage, and education.