This exhibition, drawn from the collection of the Confederation Centre Art Gallery, presents the work of over 40 women artists of Prince Edward Island, from 1964, when the collection was inaugurated, to the present. It is not an exhaustive survey, but a selection that reveals the extraordinary growth of artmaking by women on the Island over the past five decades, and the diversity and strength of the work produced. In an era defined in great part by the rise of feminism, self-expression and empowerment go hand in hand; the result has been a rich lineage of female cultural role models such as Elaine Harrison, Hilda Woolnough, and Erica Rutherford, and an artistic scene that by now arguably produces more female than male artists.

Here as elsewhere, these facts have not always been reflected in patterns of official collecting. Art museums are the sum of what or who is included or excluded, of recognitions and blind spots. As recently as 1995, the Confederation Centre Art Gallery was criticized for the gender disparity in its purchases; women artists have lived with the realities of systemic inequality to such an extent that it was often preferable to conceal one’s gender in order to succeed. A striking example of this practice involves Hilda Woolnough’s 1964 sale of Butterfly No. 3, featured in this exhibition. After months of correspondence with the Gallery director, she only revealed that she was a woman (“Contrary to what you may believe, I am a woman, and not in the least bit anthropoid.”) after receiving her cheque.

This exhibition is an active intervention to improve these conditions, not only by presenting a great many important works by P.E.I. women, but also through a systematic acquisition of new works that aim to fill gaps and celebrate the latest wave of P.E.I. women artists. We have carried out extensive research on artists working over the past 50 years, conducted studio visits with contemporary artists, and purchased 19 works for the collection, presented here. This story of change is far from over, but the collection now presents a more accurate picture of local artistic production since 1964—the mentors and pioneers, the professionals and the amateurs, and a promising new generation. Who’s Your Mother? 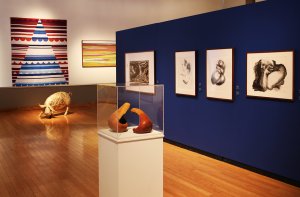 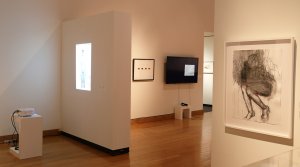