The taking of photographs is not permitted…. Any officers or soldiers (or other persons subject to military law) found in possession of a camera will be placed under arrest…
British Army General Orders, March 1915

Brenton Harold “Jack” Turner was a gunner in World War One. An award-winning amateur photographer before the war, he decided he’d smuggle his camera when he went overseas in 1915. “I didn’t know what kind of inspection they’d have, so I made pockets in under my sleeve to hide it.” The officers in his company, mostly Islanders like himself, turned a blind eye to the illegal camera. He developed his negatives on leave or on the battlefield: “In old cellars or any dark place you could get.”

“It never crossed my mind, the future of these pictures,” he said in a 1979 interview. “I just took them to suit myself.”

Jack Turner’s work is a unique look at life at the front during the Great War, shot through the lens of an ordinary soldier, not an official war photographer. It’s also a fascinating glimpse into how, decades after he captured them with his camera, a veteran of the Great War chose to modify and reinterpret his memories of that war.

The exhibition is organized by the PEI Museum and Heritage Foundation, the Prince Edward Island Regiment Museum and the Confederation Centre Art Gallery. This project has been made possible in part by the Government of Canada (WWI Community Commemoration Fund). Snapshots of Armageddon is curated by Boyde Beck. 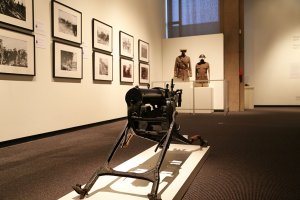 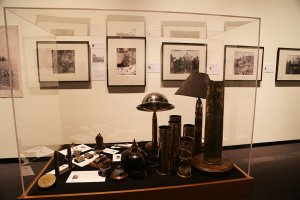