The Ark: an early exploration in weaving together the sun, wind, biology and architecture for the benefit of humanity.
– Ark dedication, September 1976

In 1974, the provincial and federal governments invited the Cape Cod-based New Alchemy Institute to construct a demonstration on Prince Edward Island of “a new commitment to living lightly on the earth.” The resulting Ark for Prince Edward Island, designed in partnership with Solsearch Architects, was an innovative “bioshelter” offering a self-sufficient living environment for a family of four, providing for food and energy needs, managing wastes, and enabling a new and symbiotic relationship between its inhabitants and the ecosystem of their home.

The Ark was remarkable for its creative collaboration between official culture, local cultures and the counterculture. The New Alchemists drew upon years of living experiments carried out at their farm on Cape Cod, Massachusetts—one node in a loose network of explorations around the world in “appropriate technology” and alternative lifestyles. Solsearch Architects brought a synthesizing spatial vision to the assembly of techniques and ecosystems. Funding and technical support for the Ark came from the Canadian federal government’s Department of Urban Affairs and Environment Canada’s Advanced Concepts unit. Prince Edward Island provided the site at Spry Point, and offered a hospitable policy environment with its commitment to alternative development pathways and a “Small is Beautiful” mindset; the coming of the Ark inspired creation of the Island’s “Institute for Man and Resources” to help the transition to a “conserver society.”

The Ark deployed many then-experimental technologies that remain emblems of sustainable design today: solar heating with thermal mass heat storage, an efficient wood stove, composting toilets, and a wind turbine generator for electric power. It embodied design approaches that were being explored in numerous environmental building experiments of the era, including passive solar orientation, highly insulated walls and roof, and minimized exterior surface and edges. What sets the Ark apart from other sustainable architecture projects of the 1970s and of today, is a commitment to transforming the lifestyle enabled by the building, through the integration of food production in a passive solar agri/aquaculture greenhouse, and through the direct engagement of the inhabitants in providing for their own life needs. In enabling a collaborative relationship between humanity and nature, the Ark drew upon the radical experiments in living of the1970s counterculture, as well as the rational methods of science. New Alchemists hoped that buildings like the Ark, “integrated with and dependent upon living systems, should have the effect of teaching us how the world works. Their inhabitants conceivably might become better stewards of the earth.”

A broad spectrum of society assembled at Spry Point in the fall of 1976 for the Ark’s opening, including Prime Minister Pierre Trudeau, PEI Premier Alex Campbell, Whole Earth Catalog compiler Stewart Brand, and hundreds of individuals from PEI’s then-burgeoning counterculture settlements and the neighboring traditional communities. Over the next several years, thousands more would visit the Ark—tourists and locals, architecture students and appropriate technology advocates—drawn by the Ark’s living vision of a beautiful and meaningful collaboration of humanity with nature. Numerous projects were built in emulation of aspects of the Ark approach. A decade and a half after its demolition, the Ark remains a touchstone for many, a memory of a vision of a compelling sustainable future.

Four decades on, humanity faces many of the same environmental challenges addressed by the Ark, though now with a greater sense of the urgency of the problems, a reduced sense of individual and community agency to tackle them, and an expectation of diminished lifestyles and human possibilities. The Ark offers an alternative approach to meeting a challenging future: a spirit of critical hope, embodying adventure and possibility, with creative collaboration between science and society, and among governments, communities and individuals. The story of the Ark for Prince Edward Island is the story of a compelling road not (yet) taken, offering lessons and inspiration for meeting our present-day environmental challenges.

For more information on the Ark visit any, or all of the following websites: http://peiark.com;
http://www.theglobeandmail.com/arts/art-and-architecture/museums-look-to-canadas-past-in-hopes-of-a-greener-architecturalfuture/article33422858/;
https://www.canadianarchitect.com/architecture/ark-for-prince-edward-island/1003735501/ 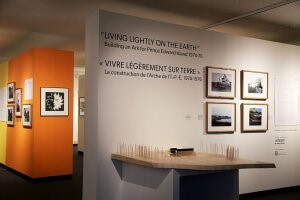 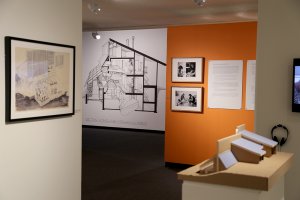 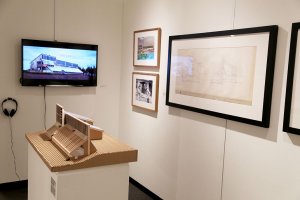