“The survey of the Island of St. Johns is now before His Majesty, to the end that His Majesty may decide upon the Plan proper to be adopted for the future settlement.”
John Pownall, Secretary to the Board of Trade and Plantations, 19 May 1766

In the fall of 1765, working under canvas at his base camp at Observation Cove, Samuel Holland finished the map he’d been working on for over a year. Then he shipped it to London. The map is a unique document in Canadian history. It was a remarkable technical achievement; the first step in the most ambitious mapping project that the world had ever seen, a complete map of Britain’s North American Empire, which at the time stretched from Florida to Hudson Bay. No other colony on the continent had ever had been mapped with such precision.

It needed to be accurate. It would be the basis for a lottery that would turn the entire colony over to private landlords and make them responsible for developing it. In one way, Holland’s map was only a tool. But in many others, it had an impact on Prince Edward Island that echoed across its history. The geography of our legal and political framework. A hundred of our placenames. The orientation of roads; even the hedgerows that border our fields. The fact you’re reading this in a provincial capital named Charlottetown stems from Samuel Holland’s survey.

For the first time since it left here 250 years ago, Holland’s map has come home to where it was made; to the province it helped make.

Organized by the PEI Museum & Heritage Foundation, Public Archives & Records Office of PEI and Confederation Centre Art Gallery in partnership with the Canadian Museum of History.

Please join us on Sunday, July 5 at 2 p.m. as we celebrate the opening of the exhibition and on Monday, July 6 at 2 p.m. as Lucy Angus conservator of the Holland map gives an illustrated presentation. 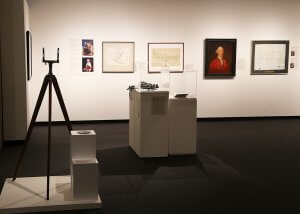 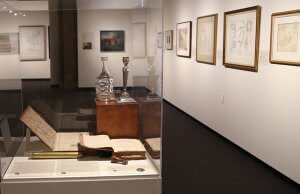