The Centre for All Canadians
About Steve Bellamy
Donate 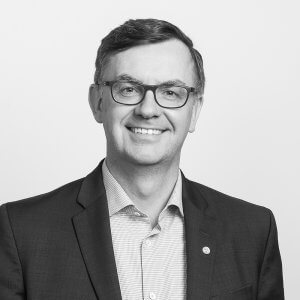 With more than 25 years in the arts and heritage sector, Steve Bellamy has worked across Canada as an entrepreneur, educator, music producer and arts administrator. He was founding President of Addo Records jazz label and Dean of Creative & Performing Arts at Humber College in Toronto before joining Confederation Centre of the Arts in 2018.

As a music producer and recording engineer, Steve spent many years in Montréal, Banff and Toronto working with leading jazz and classical artists including Anton Kuerti, James Ehnes, Tafelmusik, Mike Downes, Ted Quinlan, Kirk MacDonald, and Dave Douglas. His recordings have received six JUNO awards and many nominations. Steve taught music recording and producing at Humber College and since 1995 also held faculty positions at McGill University, The Banff Centre for the Arts, and The Hartt School of Music, Dance and Theatre at the University of Hartford. He holds a Bachelor of Music degree from UPEI, a Master of Music in Sound Recording from McGill University, and is a graduate of the Advanced Executive Management program at Queen’s School of Business.

As CEO at Confederation Centre of the Arts, Steve works with the many dedicated staff and volunteers to ensure the Centre reaches its goals of connecting all people through the arts. He is especially committed to artistic excellence, engaging diverse communities, sustainable business models for creative industries, Indigenous representation and reconciliation, community and industry partnership development, digital technology adaptation, and best practices in governance and leadership.